Know who your enemy is:

We need to know who our enemy is – the enemy is Satan. His aim is to destroy.

Dear saints of God, the word of God urges us not to be ignorant of Satan and his devices. The Bible clearly describes Satan as a deceiver, an accuser, a thief who comes to kill and destroy, a liar, and the enemy of our souls. 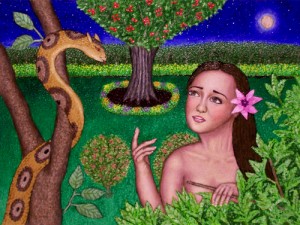 John in Revelation 12:9 calls Satan the one deceiving the whole world. In the beginning, Satan in the guise of a serpent came and deceived Eve in the Garden of Eden. He is still deceiving people today – distorting and perverting the word and works of God. God is warning us to beware.

In the book of Revelation, chapter 12, again we see Satan being called the accuser of the brethren. He has no other activity that he revels in as much as accusing saints who are washed in the blood of the Lamb and purified by the fire of God. He had the audacity to accuse Joshua the high priest who stood in the court of God, Zachariah 3. In the very presence of God Satan came and accused the high priest of having filthy garments. But angel of the Lord rebuked Satan. And said is this not a brand plucked by the fire? Don’t forget that God is the one who judges and not man. Don’t judge your brother when you are in the same filth as your brother.

Do not fear, God will soon crush the head of Satan under your feet. Yes, and when you stand in the full armor of God, no weapon that formed against you will prosper. And you will condemn every tongue that rises against you, because you belong to him.

The Church is being attacked by satanic forces through agents who act as if they are seeking your wellbeing when in fact they are out to devour you. The church of God should know our enemy and how he operates; especially in this present time as it is the last days. If we are ignorant we will surely fall into his trap. Peter says in his epistle that Satan is going around as a roaring lion looking for those whom he can devour. 1 Peter 5:8

Be happy and assured. – Jesus conquered Satan on the cross. Satan has no place in heaven nor in your church nor in your family.