“And we know that all things work together for good to them that love God, to them who are the called according to His purpose.” – Romans 8:28 (KJV)

Life is a lottery; what goes around comes around; the game has been played; It is what it is! It’s all up to chance. 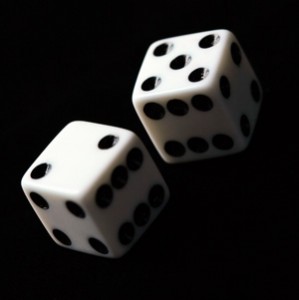 Is it not so good to know that the destiny of the child of God is not at the hands of some mischievous spirit?  Loki, a god in the Norse mythology was one such spirit, always making trouble for others and enjoying their misery.

There is no such thing as coincidence in the life of a believer.  It is God causing all things to work together for the good of those who love God and are called according to His purpose.

Reading the passages below, what would you say is the common theme running through them?:

Then, just as they were sitting down to eat, they looked up and saw a caravan of camels in the distance coming toward them. It was a group of Ishmaelite traders taking a load of gum, balm, and aromatic resin from Gilead down to Egypt.

That night the king could not sleep; so he ordered the book of the chronicles, the record of his reign, to be brought in and read to him.

So she departed and went and gleaned in the field after the reapers; and she happened to come to the portion of the field belonging to Boaz, who was of the family of Elimelech.

Was not Joseph lucky!

It is such a good luck for Mordecai that the king was unable to sleep!

Ruth was lucky she landed in his field!

And then again – maybe it wasn’t just luck but rather God orchestrating the whole of history past, present and future. Who would have ever guessed that Joseph would end up ruler in Egpyt second only to Pharaoh when his brothers sold him to the traders who in turn sold him to Potipher. Or that a night of insomnia would change the history of the Jews living in Persia. That Ruth would glean in the field of Boaz and that she would marry him and be the grandmother of David and ultimately be in the lineage of our Lord Jesus.

The answer to this week’s question: